Start typing and press
Enter to search
Skip to content

By now I’m sure many of you have had a chance to watch this (long!) video already, but I was delayed getting the music selections posted. Here they are! I chose the 5 tracks that were in my heaviest rotation, and 5 albums I fell in love with. As with the rest of my annual product favorites, these are not necessarily songs or albums that were released in 2017, but rather 2017 discoveries (and loves) for me. I hope you enjoy them as much as I have. If you like any of them, please consider supporting the artists by purchasing their music. Here’s to another great year of crate digging and blissful sounds.

Top 5 Albums/Mixes of 2017 (the first three are on iTunes, the 4th on Beatport, the mix on Soundcloud): 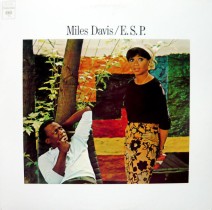